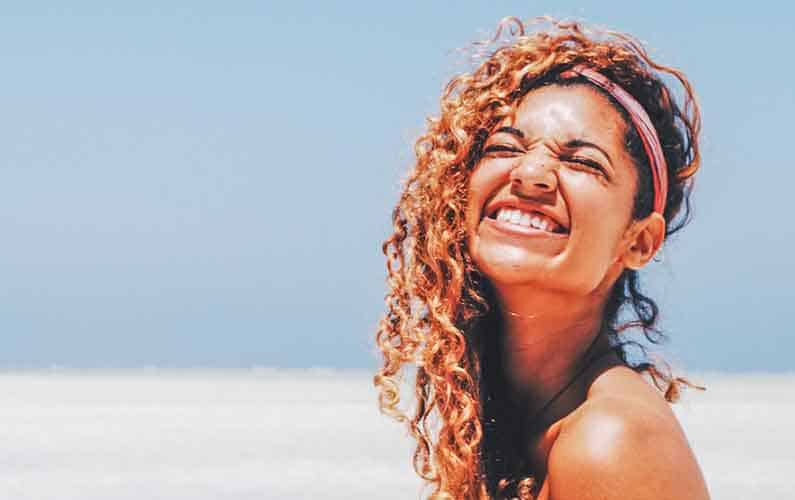 Radiation and the Sun

From HealthNews, here are some information for summer.

Even though it is some 93 million miles away, the sun is the source of the earth’s energy. And although exposure to this energy may produce an attractive tan, it can also have health consequences.

The sun’s energy, emitted as radiation of various wavelengths, is part of a broad band of energy waves called the electromagnetic spectrum.

What is the Electromagnetic Spectrum?

The electromagnetic spectrum is composed of a variety of energy waves. Radio waves, x-rays, visible light, microwaves, gamma rays and ultraviolet radiation. These waves can be grouped into two categories – ionizing and non-ionizing.

Ionizing radiation is higher energy radiation that has the potential for causing biological change by stripping electrons from atoms in cells. On the electromagnetic spectrum, only x-rays, gamma and cosmic rays are ionizing radiation.

However, the sun’s radiation is non-ionizing radiation- radiation that does not have sufficient energy to strip electrons. But it can cause biological damage. For example, ultraviolet rays can damage the eyes and infrared radiation the skin.

Although we can’t see it, ultraviolet radiation is strong enough to induce photochemical reactions and penetrate the skin. And while it can produce a tan, it can also result in long-term damage to the skin – sunburn, sagging and wrinkling, “sun spots” and possibly cancer.

The sun emits three types of ultraviolet radiation. The two which cause the most concern being UV-A and UV-B.

UV-B represents 0.5 percent of the total energy of the sun reaching the earth. It can penetrate the upper two regions of the skin and is responsible for immediate skin damage, such as redness, burning and peeling. It is also more dangerous than UV-A and is recognized as a direct cause of major skin and eye problems.

Although UV-A is of a much lower intensity than UV-B, it can penetrate the dermis, causing wrinkling and premature aging.

The third type of ultraviolet radiation is UV-C. Although highly toxic to human, plant and animal life, it is not a present concern as it is absorbed by the ozone layer and the earth’s atmosphere before it can reach the earth.

Risk of Exposure to Ultraviolet Radiation

According to the American Cancer Society, about 90% of nearly 700,000 cases of skin cancer that will be diagnosed this year could have been prevented by protection from ultraviolet radiation. With the wide array of sunscreens available today, and a little common sense, most individuals can reduce their risk of skin cancer.

However, a 1989 study by the National Institute of Health, concluded that no type or degree of tanning is safe and that prolonged exposure causes wrinkles and increases the risk of skin cancer.

-Limit the time you spend in the sun. In particular, try to stay out of the sun between 10 a.m. and 3 p.m., when its rays are the strongest.

-Cover up. Just as lead aprons protect patients from x-rays, wide-brimmed hats, long sleeved shirts and pants can shield you from ultraviolet radiation.

-Use a sunscreen with a Sun Protection Factor (SPF) of 15 or greater. Sunscreens keep out the harmful rays of the sun. Apply it at least 15 to 30 minutes before going in the sun and reapply after swimming or perspiring.

-The sun’s rays can reach through three feet of water. While a swimmer may feel cool, burning is still possible.