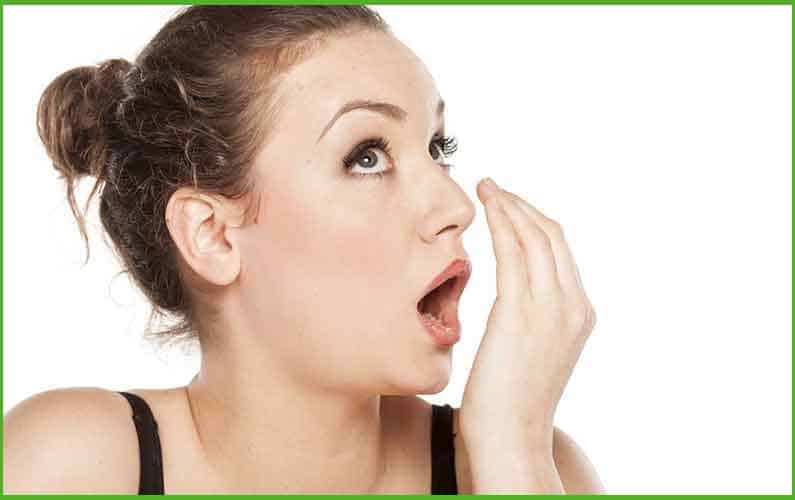 Halitosis is called oral malodor in the dental literature. The public sees it as a major dental problem and particularly so in kissing and sexual experiences. Currently, the manufacturer of a major mouthwash is spending big dollars on television advertising to picture morning grimaces and no kisses between couples with “morning breath.” It is only after using their mouth that kissing is acceptable.

Several years ago the then assistant surgeon general of the United States Army Dental Corps, initiated a study to determine what motivated army personnel to achieve good plaque control. Although most dentists probably would think of this as essential for oral health, it was of no concern to the soldiers. The survey showed that the soldiers only wanted to be kissable.

Unfortunately, some dentists do not make malodor control a major part of the patient relationship. This is, however, a major social problem, as well as a diagnostic sign of oral disease. Volatile sulphur compounds (VSC), the cause of bad breath, are a major first step in the development of periodontal (gum) diseases.

Compounds come from the breakdown or degradation of living tissues made of polypeptides. Thus, dead bacteria and epithelial cells are a major source of VSC.

Under the gums around the teeth have a rapid turnover of cells. They are replaced in 2-4 days. With swollen red gums, the rate increased eight times. Replacing the epithelium in as little as 6 hours; sloughing millions of dead cells. The potential compounds become clinically and socially significant.

It is generally believed that by-products of bacterial metabolism are the primary factors in the cause of periodontal (gum) disease. They induce a change under the gum tissue around the teeth and permit an increase in accessibility of microbes which initiates a sequence of destructive inflammatory reactions such as swelling of your gum tissues.

The decaying activity of gums are toxic to oral tissues. They comprise 90% of the VSC content of mouth air and have been shown to increase with the severity of periodontal (gum) disease. It may also interfere with normal healing.

To sum it up, volatile Sulphur compounds (VSC) are controlled by:

1) Regular oral hygiene, such as brushing and flossing, to reduce bacteria and inflammation. And..

2) Use of effective mouthwash.

Another area that most people seem to miss is cleaning the surface of the tongue.

There are different types of tongue cleaners available in the market today. One can also use a spoon by holding it upside down and scrape the top surfaces of the tongue

For more information. Please call 619-464-2801 for a consultation appointment.